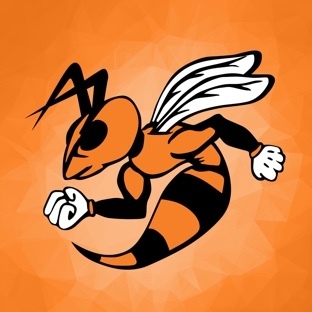 The Wautoma Area School Board of Education met for their work meeting on Aug. 15 at Wautoma High School to discuss the updated information regarding the Riverview Facility Study and Community Survey.

In order to maintain the timeline to print and distribute the survey to the community in early October, District Administrator Tom Rheinheimer had the Board reconvene to discuss the cost options of renovating and updating the current Riverview site and building an entirely new elementary school.

According to the documents Rheinheimer presented, the cost to renovate and update the existing site would range from $30,334,169 to $33,377,452. However, Plunket Raysich Architects, LLP (PRA) and CG Schmidt also provided a cost estimate to purchase about 40 acres of land, raze the current school to create a green space, and build an entirely new elementary, which would range in price from $37,383,962 to $41,319,116.

After looking at the figures, the Board reviewed the new draft of the community survey created by School Perceptions. The main element of the survey the Board stated they would like to be addressed more prominently was the square footage of the new building versus the current school. The Board felt the survey would need to state that the new building would be around 91,000 square feet and on about 40 acres of land, while the current Riverview Elementary School has 76,000 square feet and on 4 acres of land.

The discussion also led to a few Board members feeling the list of what the new building would offer needed to be edited in order for the community to understand what they would be getting with a new elementary, including: state-of-the art security and safety systems; a dedicated gym and commons area; increased parking and better traffic flow; increased green space; dedicated STEM (Science, Technology, Engineering, Math) space and flexible learning areas; and teaching space for full-time 4-Year-Old Kindergarten and part-time 3-Year-Old Kindergarten.

Finally, Rheinheimer presented very preliminary numbers from Baird regarding the mill rate impact to District taxpayers for the updated and renovated school versus a new school. He stated Baird will have preliminary numbers when they present at the Sept. 12 Board Meeting, with those numbers being used in the final survey. Rheinheimer added that looking at the very preliminary figures, the tax impact of either option would be lower to the 2018-2019 school year with a $7.55 mill rate per $1,000.

Following a conversation regarding a new building and renovating and updating the current facility, WASD Board President Nicole Lehr said by providing the community both options, she hoped taxpayers are able to see the District is trying to keep the current school but also are looking at all options.

With a few more suggested edits to the community survey, the Board was told that they have until Aug. 29 to review the survey given to them and provide him with any further feedback. The Board will officially approve the final community survey during the Sept. 12 Monthly Meeting in order for it to be sent by School Perceptions to the proofreader by the following day. Surveys plan to be in mailboxes approximately by Oct. 5 with the survey deadline being Oct. 24.